My Last Word Before The Election; Angryman Speaks

Well; this is it Brothers and Sisters. The time is finally here. All of our words and all of our promises to each other have brought us to this momentous time.

In my humble attempt to make clear the machinations of the Republican Party and their pet ape, Mitt Romney; I have met a large group of people who are all allied in this most American of endeavors.

END_OF_DOCUMENT_TOKEN_TO_BE_REPLACED 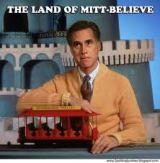 In this age of technology; it would seem possible to control the veracity of the information presented for the public’s consideration during election campaigns.

I haven’t a detailed plan for this but I have no doubt that it could be done. It would certainly require changes in the way candidates address the people but if the people were assured that all facts were checked; then the only thing left to lie about is the candidates beliefs and policies………………..

END_OF_DOCUMENT_TOKEN_TO_BE_REPLACED

The Alledged Lie Of Barrack Obama

The former Kingdom of Libya’s flag is being used by the National Conference. NCLO website (retrieved 23 March 2011) (Photo credit: Wikipedia)

I keep hearing of this alleged lie ; supposedly told by the President; concerning this trifling nonsense about Libya which the republicans keep harping about as if The President has no latitude concerning what intelligence information he releases.

Four Americans were killed and the republicans are jumping mad about it. When thousands of Americans were being killed in Iraq after our groundless invasion of that country; you weren’t complaining. Why?

Because you know and I know that in a volunteer military; every man knows that he is undertaking an assignment that could end in his death. He is a volunteer. A soldier; not a mailman. Soldiers die. It’s what they are recruited for.

The same is true of the diplomatic service. These people go to all manner of nations; from violent nations in the throes of revolution; to nations that are our allies in the world situation. They know or should that when they take on such assignments; there is a chance they will be killed. Many of our diplomats; Chris Stevens among them refused heavy security. He felt it would distance him from the Libyan people he was attempting to help and work with. He was right. It would have distanced him and he knew what you folks seem to forget. He knew he had a dangerous job. He volunteered for it. He accepted the risk as did all of those with him. In addition to that, Chris Stevens was known for his resistance to any but the most necessary and inconspicuous security personnel; claiming that it undermined his relationships with the locals he dealt with in the course of his duties.

Embassies are typically equipped with a Marine corp detail. Their job is to protect the embassy staff; not to provide personal protection for the ambassador. Private security is used for that purpose generally to lessen the visible military presence.

When we launch a military action; we send “X” number of troops. They may be sufficient for the task but they may not. We use the best judgement as to the required personnel. When we are wrong; as we have often been; soldiers die. They don’t bitch; they don’t whine. They just die in the attempt; sometimes more than a few. Chris Stevens did his job. He did it well and he did it on his own terms for the most part. He is to be mourned. He is to be honored for his work and dedication. In the end though; he knew the job was dangerous when he took it.

Vote for Barrack Obama because: 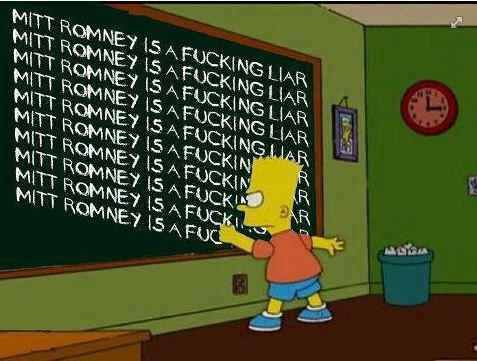 I am reposting it for my readers in hopes that they will pass it along to others as well. I am inspired to see Annoymous thinking more creatively. Cyber-attacks are cool but ultimately self destructive and temporary.

Finding ways to legally hold these Fascists accountable is a new tactic and one to be much applauded I believe.

The American Way–Hi. I’m Mitt Romney And I Approve This Message.

I know that I got spanked like a bad puppy at the last debate and was left standing on stage crying and whining like a dog shitting Peach seeds; and there is no reason to believe I will do better this time.

I mean; I know nothing of foreign policy unless you mean a foreign country’s policy about numbered bank accounts and off shore hidden accounts.

But I believe I can solve our foreign policy problems because I saved the Olympics; I mean talk about tough negotiators. Those little Chinese acrobats are vicious.

END_OF_DOCUMENT_TOKEN_TO_BE_REPLACED

The Debates: The First Debate; Or; “How To Fool America With Bad Theatrics”

I watched the first presidential debate along with the rest of America and I listened to the commentary the following day and I have to say that it seems I saw much that nobody else saw and failed to see what many seem to have.

I have heard a seemingly endless series of journalists state that:

“The President was off his game.”

“He didn’t seem to want to be there.”

“The President failed to stand up and fight back.”

I have also heard many say that Mitt Romney won this first debate and that neither candidate was able to clearly state his position or give details.

Well I am here to say that I saw a different debate in many ways and I don’t understand why seemingly; no-one else saw it too.